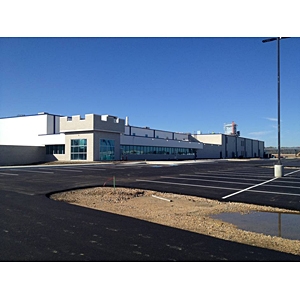 The estimated $18 million facility, located near the Dayton International Airport, will produce frozen hamburgers and cheeseburgers for distribution to grocery and convenience stores across the United States. In addition, the building is aiming for LEED certification.

“We’re proud to call Ohio home, and excited about these future plans to add more jobs in our home state,” says E. W. “Bill” Ingram III, chief executive officer. “The Ohio economic development team is a tremendous partner. We’re enthusiastic about the Vandalia site, and we’re honored that our family-owned business can be a jobs creator, investing with a new production facility.”

The first phase of construction on the 75,000-square-foot facility began Dec. 20, 2012. Construction is scheduled to wrap up the week of Dec. 9.

The Vandalia frozen food plant is the third for White Castle; the other two plants are located in Covington and Louisville, Ky.