How Food Waste Can Transform into Electricity

When a food company produces 150 tons of food waste every day, that is either a huge problem or a great opportunity to innovate and produce energy. New 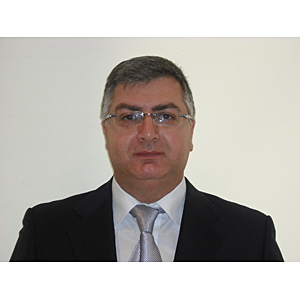 waste-to-energy technologies can transform this food waste into clean, green energy while also providing a bonus in reducing the amount of waste that goes into landfills. Everything from U.S. food manufacturers, grocery stores, restaurants, sports arenas, schools and hospitals generate an average of 2 tons—4,000 pounds—of food waste per week, with an estimated 35 million tons of food waste from commercial and residential sources in U.S. landfills each year, according to the U.S. Environmental Protection Agency.

Operators of commercial kitchens and other waste generators are increasingly looking for more environmentally sound ways to manage food waste vs. sending it to a landfill. And, with good reason—waste is expensive.

According to “Wasted: How America is Losing Up to 40% of Its Food from Farm to Fork to Landfill,” author Dana Gunders noted that 40% of food in the United States today goes uneaten. Americans are throwing out the equivalent of $165 billion each year. The uneaten food ends up rotting in landfills as the single largest component of U.S. municipal solid waste where it accounts for a large portion of U.S. methane emissions. At the processing level, the losses come mostly through trimming, when both edible portions (skin, fat, peels and end pieces) and inedible portions (bones, pits) are removed from food. Overproduction, product and packaging damage and technical malfunctions can also cause processing losses.

Proper transport and handling of food are critical throughout the supply chain, particularly with perishable goods that require cold conditions such as frozen foods. Inconsistent refrigeration is less of a problem today than in the past, but it still occurs when produce is kept at improper temperatures, such as when it sits too long on loading docks.

Smithfield Foods—cutting the pork on waste
When Murphy-Brown of Missouri, LLC (MBM), a Princeton, Mo.-based livestock production subsidiary of Smithfield Foods, faced the issue of waste, they took an important step toward cutting down their carbon footprint. Earlier this year, MBM tapped a local alternative energy company to build a $100 million biogas system to turn swine waste into renewable energy, which saves the company money on disposal costs and reduces odors. The digesters use bacteria to convert manure from approximately 350,000 hogs into electricity, which is fed back into the power grid. MBM will pay royalties back to Smithfield based on the sale of its energy, which at peak production is sufficient to power about 3,000 homes and businesses in Utah. According to a company statement, MBM expects to achieve reduced greenhouse gas emissions, shrink its carbon footprint and eliminate rainfall effects on treatment systems, all while capturing a valuable and renewable biogas energy resource.

From waste to resource
In the case of Smithfield, the biogas is produced when bacteria decompose manure anaerobically—without the presence of oxygen—into a gas mixture composed of about 60-70% methane. The gas mixture can be used to generate heat, hot water or electricity, and the leftover digested manure can be used as fertilizer, bedding, mulch and potting soil. When biogas comes from animal manure, it allows farmers to produce their own electricity and reduce water contamination, odor pollution and global warming emissions caused by animal waste. According to Dennis Treacy, Smithfield’s chief sustainability officer, with the energy being generated, it now allows MBM to make facility upgrades that are good for their employees, the animals and the continuous improvement of their business.

While it may be another year for the Smithfield biogas project to reap the savings, the returns are in place. The use of waste to energy (WTE) offers the following returns:

·         Reuse of returns and dead stocks. With nearly 16% of raw materials lost during manufacturing, according to the study, WTE may help draw back returns on this loss.

·         Reuse of both solid and liquid organic waste coming out of their production facilities.

·         Reuse of the residual heat created by the CHP systems during the energy production process, for internal needs, like steam, heat, cooling and hot water, to dramatically reduce their energy cost.

·         Big brands that are processing animals as part of their production process can implement the same program also in the farms growing the animals, like chicken farms, pig farms and cow farms to eliminate the contamination created by the animal manure.

·         The WTE plants can be installed and operated both on site in the production or central logistic facility and save the transportation cost or in a separate facility.

·         The projects can be implemented by the food companies or by companies such as Bluesphere Corp., which is ready to establish and operate these facilities on a build, own and operate basis.

Conclusion
New anaerobic digestion technologies make WTE an attractive financial and operational option for large frozen manufacturing companies. The savings that can be created, as well as the reduction in waste streams and resulting environmental benefits, can set a new standard for best practices in the industry. Understanding the environmental benefits of efficient resource use and the financial benefits of significant cost savings results is an ultimate win-win approach.

Shlomi Palas is chief executive officer of Bluesphere Corp., an energy company that develops, manages and owns waste-to-energy projects. Palas is also a clean-tech executive and entrepreneur with a large network in private and government sectors in North and South America, Europe, China and Africa.

How supermarkets of the future can tackle food waste