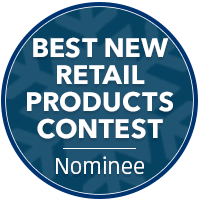 Nestlé Pizza, Solon, Ohio, introduced new DIGIORNO Crispy Pan Pizza, baked in its own pan fresh from the oven and topped with edge-to-edge cheese for a crispy and caramelized crust.

"We set out to create a one-of-a-kind pizza that responded to a desire for a crispy pan pizza straight from the oven," says Mike Niethammer, vice president of marketing, pizza and snacking, Nestlé USA. "Our bakery experts met the challenge head on, developing a recipe that uses heat technology to bake each pizza to crust perfection in its own specialized pan, and consumers are raving about it."

DIGIORNO Crispy Pan Pizza is made with 100% real cheese, a preservative-free crust and no artificial flavors. Each pizza is equipped with an exclusive single-use baking pan. It comes in Pepperoni, Four Cheese, Supreme and Three Meat varieties, and is available in grocery stores nationwide for a suggested retail price of $8.49.

DIGIORNO also launched Pizza Buns. Cooked to be golden brown on the outside and soft and airy on the inside, they're stuffed with ingredients like Italian sausage, pepperoni and real mozzarella cheese. They come in Five Cheese, Pepperoni, Italian Style Supreme and Spinach Artichoke, and are available at select retailers nationwide for a suggested retail price of $3.99.

DIGIORNO also released what is said to be the first-ever gluten-free pizza—Ultra Thin Crust Pizza—which features a crispy and delicately thin crust and high-quality toppings. This gluten-free pizza comes in Four Cheese and Sausage Supreme, and is available at select local grocery stores for a suggested retail price of $6.49.