2018 Refrigerated Foods Processor of the Year

When Suja Juice was established in 2012, it was just producing just a handful of SKUs. Today, the Oceanside, Calif., juice processor produces close to 50 SKUs of organic, cold-pressed, non-GMO beverages.

That’s because in August 2015, Suja received minority investments from the Goldman Sachs’ merchant banking division and The Coca-Cola Co., Atlanta, giving Suja the ability to expand its manufacturing facilities and increase capacity in response to growing demand.

Later that year, Suja moved its corporate headquarters and production facility from Miramar, Calif., into a 200,000-square-foot plant situated in Ocean Ranch Corporate Center in Oceanside, streamlining logistics and operations and bringing the company’s cold produce storage and processing facilities under one roof. 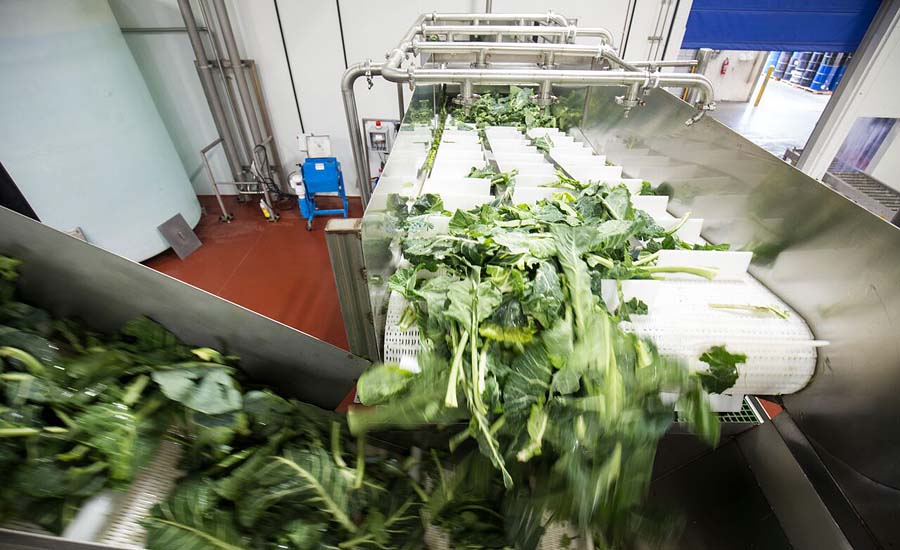 Organic kale is rinsed and sent to the next stage of production.

“When we started five years ago, we were only 5% of the ultra-premium juice segment. Today we are 44%. That’s an amazing growth trajectory and penetration in just five short years,” says Jeff Church, co-founder and CEO.

Through the large-scale use of organic, non-GMO fruits and vegetables and the implementation of high-pressure processing (HPP), Suja is said to be the nation’s leading organic and cold-pressed juice brand.

Refrigerated produce is received just-in-time, inspected for quality and then documented for traceability.

The production manager calls up the number of bins of produce required to reach the line’s target juice pounds. Produce is washed, sanitized and enters a press for juice extraction. The juice holds in chilled tanks until the batch is complete, at which point, the filler queues up. Filling occurs on one of three fillers, dependent on bottle size.

Once filled, the bottles move to HPP. Here, bottles load into one of the facility’s four HPP machines, and are subject to pressures in excess of 80,000 pounds.

“HPP uses pressure instead of heat to pasteurize the juice,” says Church. “This allows the nutrients in the juice to remain uncompromised and also preserves the juice’s ‘just-pressed’ taste. In addition, HPP technology allows Suja to avoid the use of all preservatives, additives and natural flavors. It really is just the juice.”

Once pressure is reached, the cycle completes, and bottles convey into packing.

In the packaging room, the bottles receive shrink sleeves or labels and are packaged in shrink bundles or display cases, before being palletized and moved to the finished goods cooler for warehousing.

Suja sends a majority of its pulp to local farmers for cattle feed. Additionally, the facility was designed with LED lighting and proximity sensors for automated operation, a high-efficiency refrigerator panel to keep all cold air inside and converted much of the produce sourcing to reusable bins to reduce corrugate waste.

“We are working toward a zero-waste facility,” adds Church. “We eliminated all corrugated boxes on several of our lines, and not only saved the company money, but also saved over 1 million pounds per year of corrugate.”

The Oceanside plant operates five days a week with one shift bottling and three shifts on HPP. And, the SQF-certified plant carries out all food safety-related duties under HACCP trained personnel.

“Because we have so many certifications and because we’re regulated as a juice processor, we’re audited regularly and throughout the year by the FDA for compliance to HACCP as well our various certifiers,” says Church. 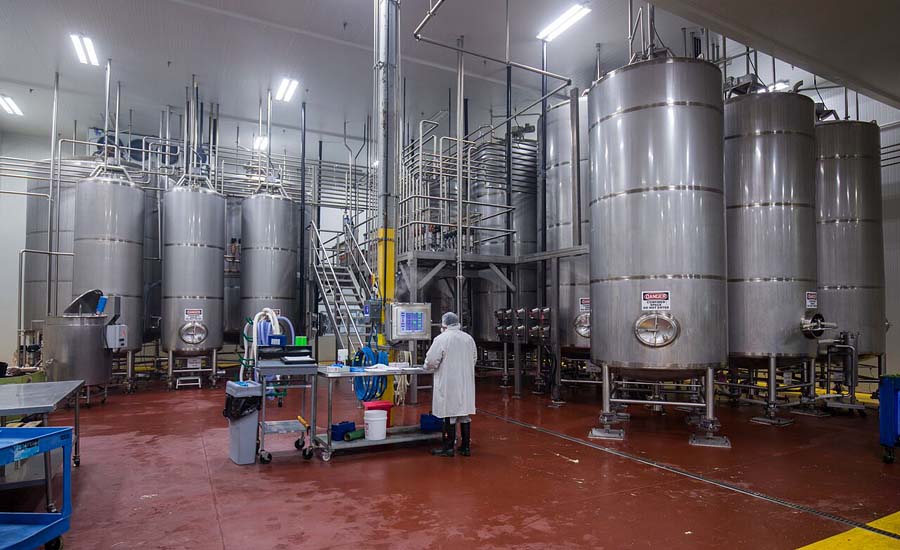 Every stage of Suja’s production process is carefully temperature-controlled and monitored.

“Our food safety program encompasses all stages of manufacturing starting with Good Manufacturing Practices and HACCP training,” Church adds. “An in-house quality lab provides support for ensuring equipment is properly sanitized and ready for processing. Worker safety programs have been designed with OSHA consultants to mitigate workplace issues and provide the best work environment for employees.”

“Our biggest challenge when sourcing internationally comes from ensuring that the product quality is up to our standards,” says Church. “We only use the most premium ingredients for our product, but this not only comes at a premium cost; it also requires a lot of hands-on management to ensure the R&D samples we procure match production-grade ingredients. We manage this by detailing a very precise specification for quality parameters (as detailed in a Certificate of Authenticity with every load) as well as taste.”

“Our people are what separate us from our competition,” he adds. “The dedication, commitment and work ethic are second to none. Our passion, excitement and enthusiasm, while at times stressful, are what we are left longing for when we are away from it. There is something very intangible about working at Suja. We truly believe that we can make a difference.”