State of the Industry Report 2019: Retail vs. e-commerce

Online grocery in the United States is on the cusp of a major increase in consumer adoption. That’s because e-commerce penetration is expected to at least triple in the next decade, according to new research from Bain & Co., Boston, Mass., and Google, Mountain View, Calif. This study revealed that penetration hovers at a mere 3%, and that just 25% of consumers surveyed said they used an online grocery service in the last year.

On the other hand, new grocery store openings were up 30% in 2018, with more than 17 million square feet of space added in the United States, according to a report published by JLL, Chicago. And, more than one-quarter of the new stores were in Florida, California and Texas.

E-commerce and logistics companies claimed a larger share of the 100 largest industrial and logistics leases signed in 2018 than they did a year earlier, underscoring the growing influence of those companies on U.S. warehouse construction, according to a CBRE report. Nearly 61 of the largest 100 leases were signed by e-commerce companies and logistics firms.

So, what does this mean for the future of grocery retail vs. e-commerce? Well, for one thing, consumers don’t need to choose one over the other.

It is essential for retailers to understand the shopping preferences of their target audience to design the right shopping experience that appeals to their customers, according to a report produced by BRP Consulting, Boston. For example, digital consumers (ages 18-37) have higher expectations for the retail experience than traditional consumers (ages 38-plus) and embrace the use of technology to make their research and buying process more convenient. Meanwhile, traditional consumers are more focused on the basics of finding their desired product at the right price.

And, more and more of today’s shoppers are turning to online grocery shopping as their means of stocking up on cold food and beverages. However, despite consumer perception and industry rumors, the e-commerce channel is not replacing the in-store experience—it’s simply co-existing.

An e-commerce study produced by Inmar, Winston-Salem, N.C., says 65% of male online grocery shoppers do most or all of the shopping for their households.

Likewise, cross-channel retail is evolving, and how consumers are eager to try new digital channels, according to findings released by Periscope By McKinsey, New York. In fact, nearly 60% or more of consumers in Germany, the UK and United States say they engage equally with online and offline shopping channels, suggesting that multichannel is certainly becoming the new norm. 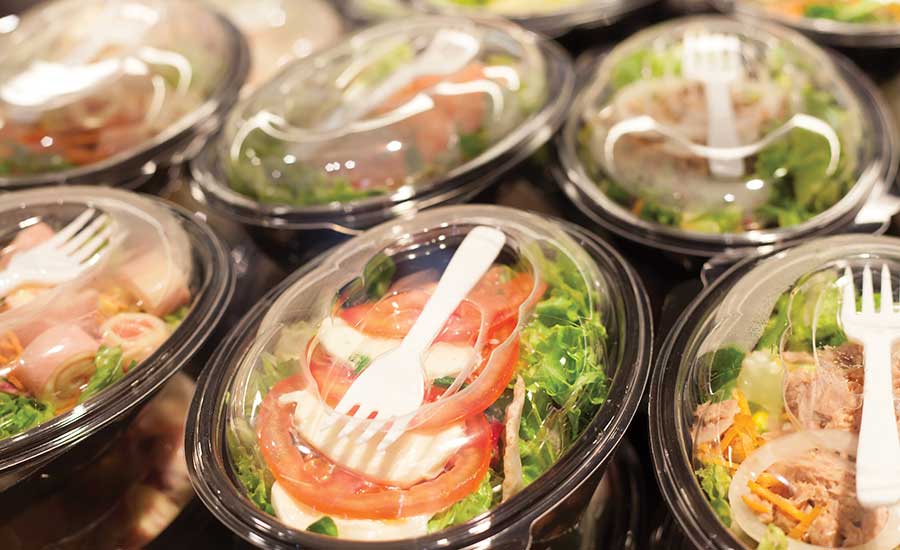 What’s more, is that more than six out of 10 (63%) supermarket shoppers interact with their supermarket digitally, up from the 56% found in 2017, as presented by the Retail Feedback Group, Lake Success, N.Y.

Increased mobile/smartphone usage, better website and mobile app interfaces and expansion of crowdsourced business models to shopping and delivery are key factors creating the perfect environment for growth in the online grocery market, according to a report published by Packaged Facts. Online sales of groceries more than tripled between 2013-2018, but still accounted for just 2% of total grocery spending. Beverages accounted for an estimated 13% of total online grocery sales in 2018.

U.S. convenience stores experienced a 16th straight year of record in-store sales in 2018, according to new data presented by the National Association of Convenience Stores, Alexandria, Va. Furthermore, foodservice sales accounted for 22.6% of in-store sales, a category that continues to be a key focus area for the convenience store channel.

All in all, grocers need to embrace technology in order to enhance the in-store shopping experience, according to a study released by Phononic, N.C. Half of consumers (51%) still feel grocers need to enter the modern age to stay relevant. Consumers feel strongly about buying from brands that care about sustainability and giving back. In fact, 73% gravitate to companies that prove they care about the environment and two-thirds (67%) say it’s important that they buy from a company that uses more sustainable cooling technology. And, meal delivery options are still struggling to attract shoppers, with 58% of consumers responding they have yet to try them.

When Amazon acquired Whole Foods Market, it set the stage for what was to become a cross-industry collaboration of retail meets e-commerce. Today, several grocery retailers are developing and acquiring e-commerce arms to their business model in order to be all things to all consumers.

Walmart, Bentonville, Ark., debuted a new Intelligent Retail Lab (IRL) in its Levittown, N.Y., location, complete with AI-enabled cameras, interactive displays and a massive data center. IRL is set up to gather information about what’s happening inside the store through an array of sensors, cameras and processors. The team will then use real-time information to explore efficiencies that allow associates to know more precisely when to re-stock products, so items are available on shelves when they’re needed.

Walmart also deployed automated assistants to minimize the time an associate spends on repetitive tasks like cleaning floors or checking inventory on a shelf. 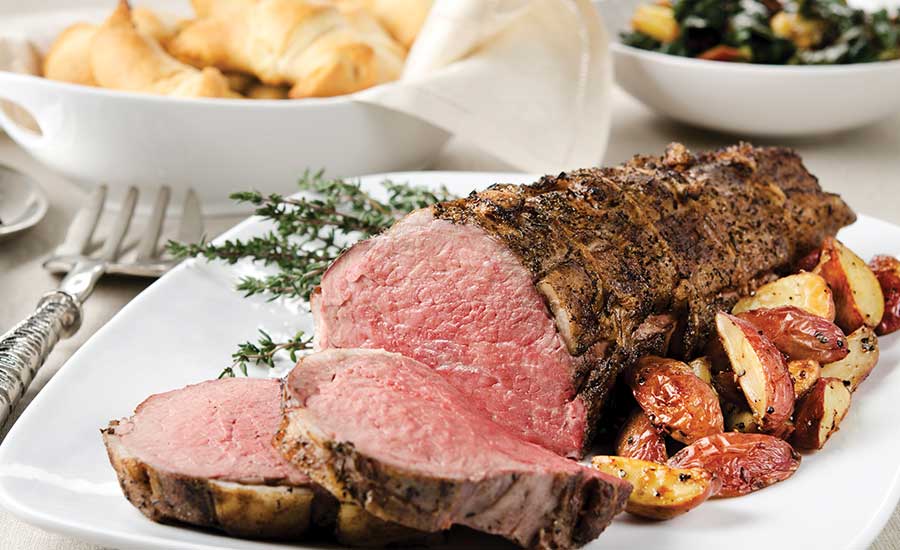 Phygital (physical and digital) marries both the online and offline environments by taking the best aspects from each space to create a more complete customer experience.

According to a study presented by IAB Spain, at least seven out of every 10 internet users buy online. But, 22% of those users miss the physical interaction, so they browse online and then make their purchase in a brick-and-mortar retailer.

However, global food e-commerce sales are forecast to nearly triple through 2023, rising to $321 billion and accounting for nearly 5% of total e-commerce revenues, according to Packaged Facts.

Furthermore, the American Transportation Research Institute, Arlington, Va., released an analysis of the impacts that emerging e-commerce trends are having on the trucking industry.

For example, annual growth of e-commerce has ranged between 13-16% over the last five years, outpacing the 1-5% annual growth in traditional retail sales. Retailers are becoming more flexible in how they transact with consumers by decentralizing their distribution/fulfillment networks to bring inventory closer to consumers. There were 2,130 fewer department stores and 385,000 fewer jobs at these stores in 2017 compared to 2015; there were 1,937 more courier services operating and just over 85,000 new employees hired in the sector during this time period. “Last-mile fulfillment centers” represented 73% of the industrial real estate market in 2017, a 15 percentage point increase from the previous year. Registrations for single-unit trucks increased by 7.8% between 2007-2016 compared to 4.4% growth in combination truck registrations. And, the number of intra-regional and last-mile truck trips increased while the average length of haul declined.

Similarly, warehouse construction has reached unprecedented levels in the United States due to e-commerce demand, and conditions in many markets indicate that new supply can be leased up prior to construction completion or shortly thereafter, according to a CBRE study.

In-progress warehouse construction in the United States totaled 255 million square feet at the end of this year’s first quarter, and continues to climb as companies expand e-commerce distribution networks.

Slightly more than 70% of warehouse space now under construction is being built on speculation, meaning that developers started construction before securing occupants for their buildings.

State of the Industry 2017: The retail evolution—How the way consumers shop is re-shaping the future of the cold food industry