How Taylor Farms foresaw solar and wind as the path to its energy independence.

The use of renewable, alternative energies has grown exponentially in the refrigerated and frozen foods industry, due to increased awareness of the planet’s finite resources, and the long-term cost savings of solar and wind power. As a bonus, letting customers know about renewable energy initiatives can be great for brand-building and attracting new business.

While reaching out to the companies in our Top 150 Frozen Foods Processors Report (see page 6), several mentioned launching renewable initiatives within the past year, including solar panels over an employee carport to help power a processing plant, and solar panels on truck trailers to provide a supplemental charge for liftgate batteries, to name a few examples.

One company that started investing in renewable, alternative energy back in 2012 is Taylor Farms. The brand is currently seeing a positive payoff for its year-over-year efforts in both cost savings and recognition as a green energy leader in the industry. 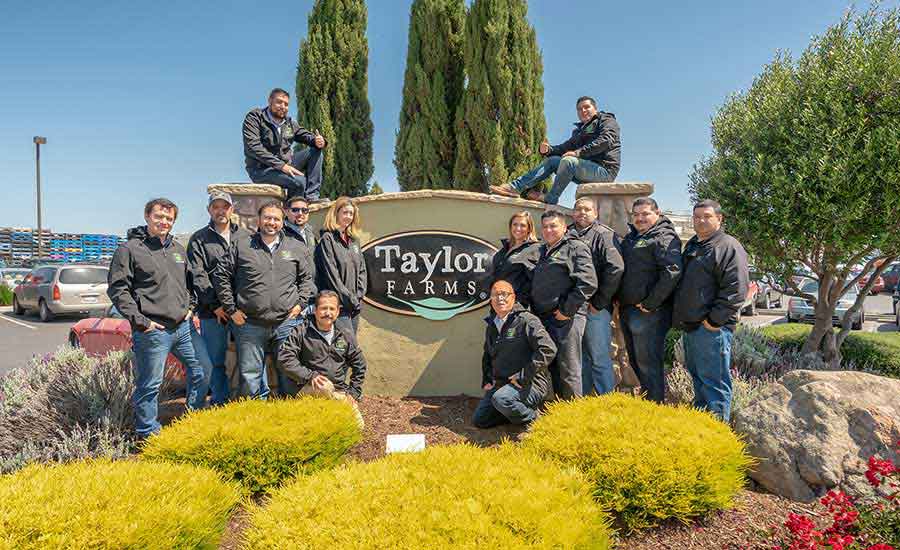 A large part of that energy independence comes from extensive solar and wind installations. At five Taylor Farms facilities in California, Texas, and Tennessee, solar arrays (solar panels grouped together for a more concentrated collection of energy) cover 18 total acres, and generate 7.3 million kWh annually. A wind turbine at the Gonzales, California, facility generates 3.8 million kWh and offsets 15% of annual power needs at the plant.

We spoke with Nicole Flewell, director of sustainability at Taylor Farms, for more details about how these energy initiatives started, where the company sees them progressing in the future, and what advice she has for others looking to start solar and wind programs at their own operations. 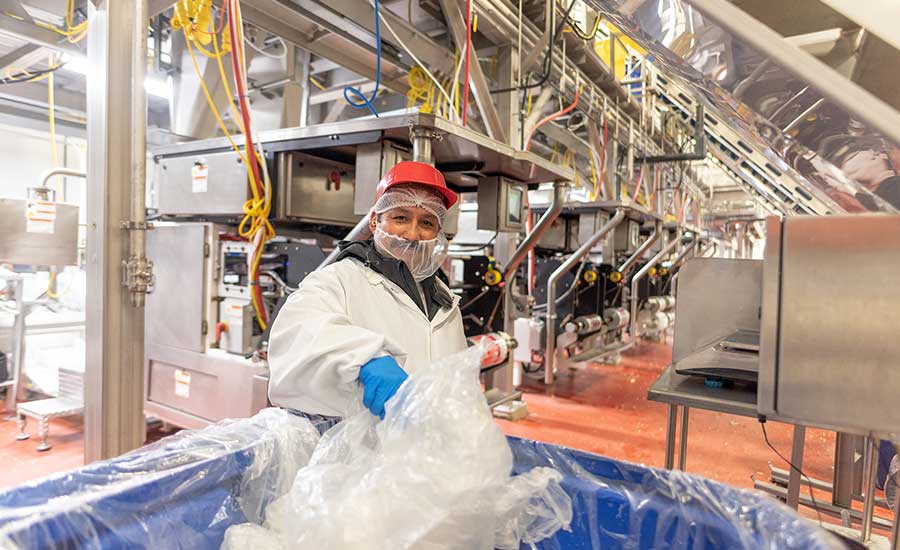 R&FF: What was the impetus for Taylor Farms to make a serious move into renewable energy?

Flewell: Our mission to be North America’s favorite maker of salads and healthy fresh foods challenges us every day from field to fork to grow our business responsibly, leading by example and earning trust through our actions. We first engaged with renewable and alternative energy resources in 2012 with our first fuel cell, quickly followed by our first solar array in 2014. Since then, we have completed six solar installations across North America, a wind turbine, a cogeneration plant and two fuel cells with integrated battery storage.

R&FF: How much of a reduction in energy costs has Taylor Farms seen due to its renewable energy efforts?

Flewell: Each facility is different in the way that they operate and the products they produce, but on average we see a 10% to 15% reduction in energy costs per project.

R&FF: What was the approximate up-front cost for Taylor Farms to purchase and install the solar arrays and wind turbine at its facilities? How long until those costs have been recouped in energy savings?

Flewell: We have a mix of capital investments and power purchase agreements (PPA). For capital projects, it’s typically a four-to-six-year return on investment, and with PPAs we’re able to have a reduced price of energy from day one.

R&FF: Where within Taylor Farms facilities is the solar and wind equipment installed? Why did you choose those locations?

Flewell: Our facilities are typically very limited on space availability, so we’ve tried to maximize space and reduce the required footprint. We’ve utilized roof space for several solar projects, but have also installed ground mount projects when it suits the site. 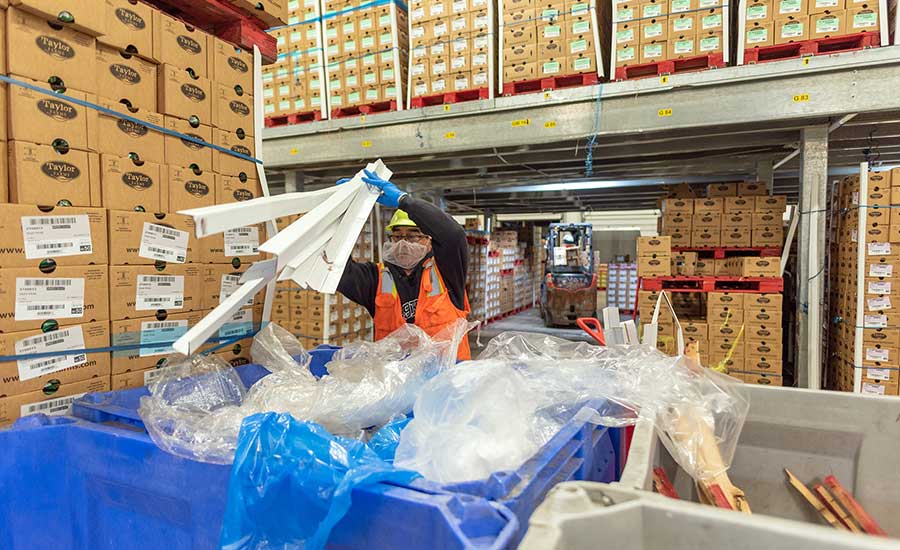 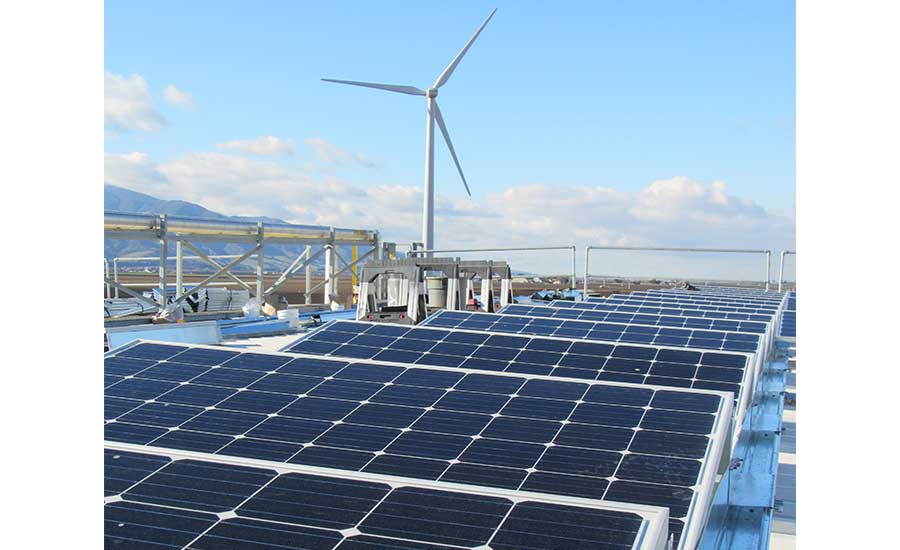 R&FF: What percentage of power at Taylor Farms currently comes from renewable energy?

Flewell: At three of our facilities in California, over 90% of our energy is supplied by renewable and alternative energy resources.

R&FF: Is there a percentage split between how much solar and how much wind power is used overall at Taylor Farms facilities?

Flewell: It really depends on the individual facility, both because of its location and how well suited it is for certain power systems, as well as the production and energy demands of each facility. We max out the usage of each energy asset at each site.

R&FF: What areas at Taylor Farms facilities use the most energy? How is solar and/or wind power replacing traditional energy in those areas?

Flewell: The energy assets we have onsite aren’t tied into any one portion of the facilities, they service the entire energy load of the facility.

R&FF: Does Taylor Farms plan to eventually phase out traditional energy at its facilities? If so, what’s the timeline?

Flewell: We’re working toward energy independence at our facilities, but taking each project one at a time and learning as we go. Much of this is unchartered territory, so we’re trying to learn from our mistakes along the way and create the best strategy for ourselves moving forward.

R&FF: Other than the cost savings, how has the focus on renewable energy affected customers, clients and staff?

Flewell: Our team takes great pride in the work we’re doing to reduce our environmental impact, from our zero waste programs to our progress towards energy independence, we all come to work every day knowing that we’re trying to do the right thing. 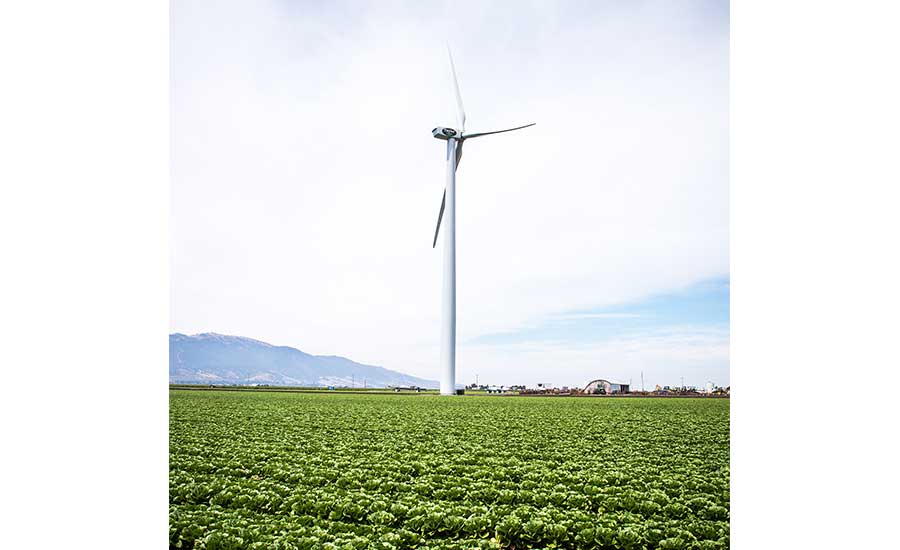 R&FF: Why do you think the industry in general has been cautious about diving into renewable energy on the scale that Taylor Farms has?

Flewell: I believe there are some misconceptions about cost that have caused people to not jump into these programs out the gate. Our hope is that by continuing to make smart investments for the environment, our business and our community, that we’ll be able to lead by example and encourage others to make these investments as well. I’ve been in this role for more than five years, and I’ve seen many of those initial barriers begin to fall for others, so it’s encouraging to see them begin to invest in projects like these.

R&FF: What advice would Taylor Farms have for others in the industry thinking about starting a sustainable energy program using solar and/or wind power?

It really helps to speak to someone who has undergone similar installations to get an idea of what to listen and look for when speaking to vendors to find the option that’s best for you. It’s also helpful to speak to more than one vendor, outside of just pricing comparisons. We learned a lot by engaging and asking questions of multiple vendors.