BP announced plans to construct a $25 million pilot plant in Naperville, Ill., to prove its chemical recycling technology before progressing to full-scale commercialization.
No Comments
BP, London, developed what it described as an enhanced recycling technology called BP Infinia, which enables currently unrecyclable polyethylene terephthalate (PET) to be transformed back into new, virgin-quality feedstocks.
Read More

Researchers find packaging made from banana plants an a-peeling alternative

Depending on the intended thickness, the material could be used in a number of different formats in food packaging.
No Comments
Two researchers at UNSW Sydney, Australia, discovered a novel way to turn banana plantation waste into packaging material that is not only biodegradable, but also recyclable.
Read More 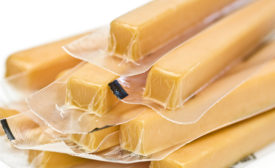 From a regional perspective, Asia-Pacific is expected to witness the highest growth rate during the forecast period due to the increasing number of dual-income households.
No Comments
The global flexible plastic packaging market is projected to generate revenues of $172.29 million from 2018-2023 with a steady CAGR of 3.2% during this period, according to a study shared by Frost & Sullivan, San Antonio, Texas.
Read More 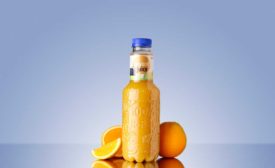 No Comments
KHS, Germany, developed what is said to be the first fully recyclable juice bottle made of 100% recyclate.
Read More 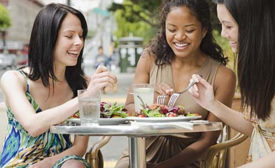 When it comes to foodservice packaging materials, respondents say there is growing interest in paper and fiber, deemed by some to be more “sustainable.”
No Comments
The Foodservice Packaging Institute, Falls Church, Va., released the 11th annual Trends Report, which reveals that industry opinions are largely focused on sustainable packaging and customization of products to meet consumer demand.
Read More 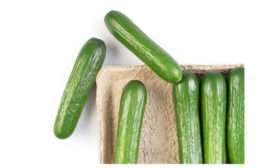 The new mini cucumber tray is an environmentally friendly alternative to the use of the polystyrene foam trays.
No Comments
NatureFresh Farms, Canada, teamed up with Pulp Moulded Products (PMP), Canada, to develop a fully compostable pulp molded tray.
Read More

No Comments
Bonduelle Fresh Americas, an Irwindale, Calif.-based wholly-owned subsidiary of Bonduelle, France, published its corporate social responsibility (CSR) strategy, identifying the goals the company will target to reach over the next five years.
Read More 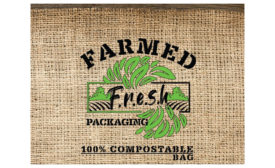