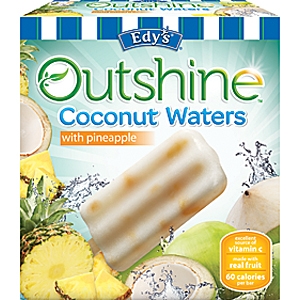 The new Coconut Water bars boast 60 calories per bar, and come six bars to a box for a suggested retail price of $4.39. They’re available at grocery and supermarkets nationwide.

The Dreyer's Outshine brand will also introduce new limited-edition Seasonal Picks inspired by the farmer's market, which include Raspberry and Peach flavors (available through August) and Grapefruit and Blood Orange flavors (available September through December).