In an ongoing effort to offer consumers new ways to enjoy its products, Talenti Gelato & Sorbetto, Minneapolis, expanded into the frozen novelties category with the 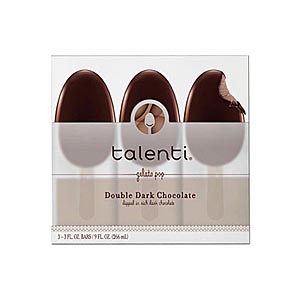 The new line of Talenti Gelato Pops will feature eight of Talenti's best-selling gelato flavors all dipped in rich, dark chocolate for a decadent on-the-go treat.

"This is an exciting time for Talenti. On the heels of our recent re-branding, we're thrilled to be expanding our premium gelato line into the novelty category and affording gelato lovers yet another fun and delicious way to enjoy Talenti," says Josh Hochschuler, founder.

They come in a 3-bar pack of 3-ounce individually-wrapped gelato pops for a suggested retail price of $4.99-5.99.