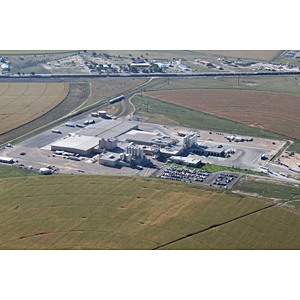 This investment comes as an earlier expansion to the 40-pound natural cheese processing is fully operational. The facility now processes nearly 200 tanker-loads of milk each day.

Hilmar Cheese built the Texas facility from a Greenfield site in 2005. In September 2007, the site began processing cheese and whey protein. In 2010, the facility expanded as part of Phase II, which included four additional milk receiving bays and increased cheese production and equipment to expand whey protein offerings from four to seven varieties. Earlier this year, the Dalhart site underwent a third expansion to its cheese production.

“Our latest expansion is scheduled for completion in early 2015,” adds David Ahlem, chief operating officer. “[The expansion] allows us to process up to 20% more milk, giving us more cheese and whey proteins to meet the world’s increased appetite for American dairy products.”