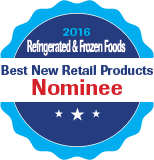 The new Paninis include Three Meat Panini and Chicken Caesar Panini, which begin with the company’s small batch bread dough filled with top quality ingredients. The Three Meat Panini is stuffed with pepperoni, salami and Virginia ham with creamy Mozzarella and provolone cheeses. The Chicken Caesar Panini includes a combination of seasoned chicken strips, smoky bacon, green onions and Provolone, Parmesan and Romano cheeses, then mixed with Caesar dressing. Each Panini is topped with more Parmesan and Romano cheese and Italian herbs and grilled in house.

The Pepperoni Stromboli is loaded with freshly-sliced pepperoni and oozes Mozzarella and Provolone cheese. The Italian Sausage and Peppers Stromboli is filled with traditional Fennel Italian sausage with red, green and yellow bell peppers picked at their peak ripeness. Fluffy small batch pizza dough surrounds these fillings, and is then topped with Parmesan and Romano cheeses and Italian herbs and then fire-baked.

Both Panini and Stromboli include a 2-ounce pack of Pomodoro dipping sauce made with vine-ripened tomatoes and Italian herbs and seasonings.

These products are packed in sustainable, recyclable and bakeable packaging—just remove the clear lid and sauce pack and place the Panini or Stromboli in its tray into the microwave or conventional oven.