How two frozen food companies—one established, another new—incorporate sustainability into their brand DNA.

Cold foods processors that invest in sustainable initiatives have another reason in 2021 to be kind to the planet. Recent research shows a growing number of consumers are partial to brands with an environmentally focused business plan.
A report released last summer by IRI and the NYU Stern Center for Sustainable Business found that consumer packaged goods (CPG) marketed as sustainable increased to a 16.8% dollar market share, up 0.6% from 2019. The research also shows that products purchased from companies with clear sustainability goals have grown seven times faster than conventional products in recent years, and those numbers are expected to increase.

In the past decade, several cold foods processors have implemented sustainability goals into their business plans where they may not have existed before. Meanwhile, others have made environmental initiatives a foundational tenet of their company from the start, and are well-positioned to succeed with today’s consumers. We checked in with two of those brands to find out how they’ve grown their sustainable footprint while staying profitable: frozen fruit processor Firestone Pacific Foods, and frozen plant-based dessert brand Must Love.

Started in 1896 in Vancouver, Washington, Firestone Pacific Foods has relied on environmental strategies throughout its history for a few reasons: their business depends on sustainable agriculture and renewable energy to produce fruit year after year, and they’re also surrounded by the nature and bounty of the Pacific Northwest, so stewardship of the land is a likely cultural expectation of the territory.

“We believe that great-tasting, nutritious food can be grown, processed and distributed in a manner that regenerates the human spirit and the environment,” says Josh Hinerfeld, CEO, Firestone Pacific Foods. “We’re determined to prove that stewardship is not only the right thing to do, but also the basis for building a financially strong business.”

Firestone currently grows blueberries and blackberries on 51 acres adjacent to their processing and cold storage facility, and 47% of that acreage is certified organic. The rest of their inventory comes from external growers, and Firestone can trace every batch of fruit back to its origins, which is especially important in 2021 as the FDA’s New Era of Smarter Food Safety Blueprint takes effect with tighter guidelines for traceability. 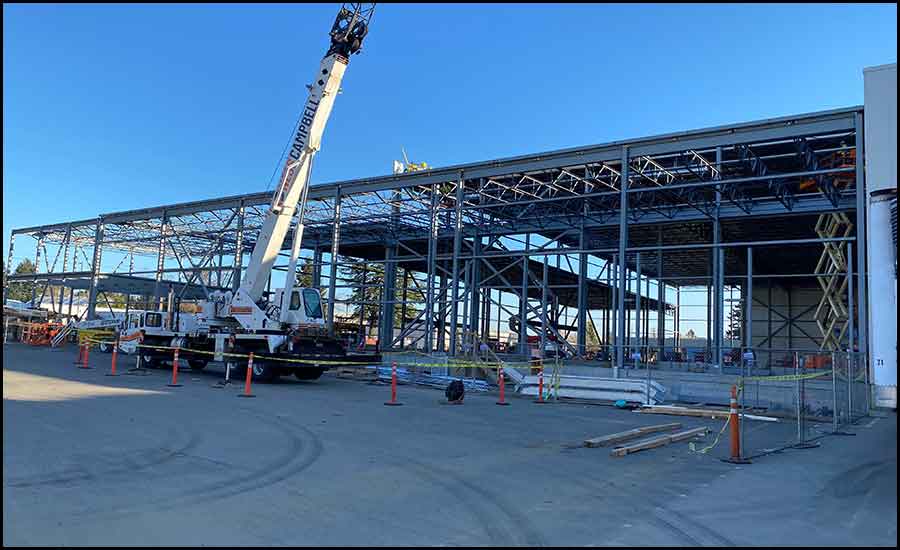 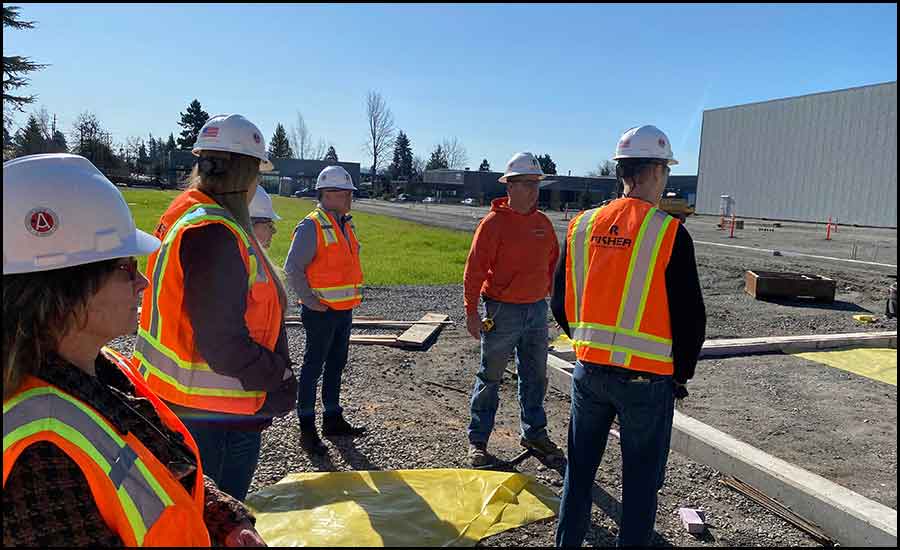 AC Foods’ objective is to grow each business while regenerating agricultural ecosystems and their corresponding natural resources. This fits right in with Firestone’s longtime business and environmental goals, and now Firestone has more financial backing through AC to carry out those goals on a larger scale. Across all AC Foods farms, 13,288 metric tons of CO2 is sequestered annually in the soil, and at AC Pacific Northwest farms—of which Firestone is a part—wild pollinators for crops increased by 657% between 2016 and 2019.

“Our sustainability odyssey has been underway since our founding as a frozen fruit provider and continues in earnest in 2021,” Hinerfeld says. “In January, we retained a team of second-year MBA students at Portland State University to benchmark our growing and processing operations using a rigorous Environment, Social and Governance (ESG) framework to develop our own multi-year roadmap for continuous improvement toward goals of carbon neutrality, zero waste, responsible packaging innovation, reduced energy and water consumption, and improved habitat for native pollinators on our farm.” 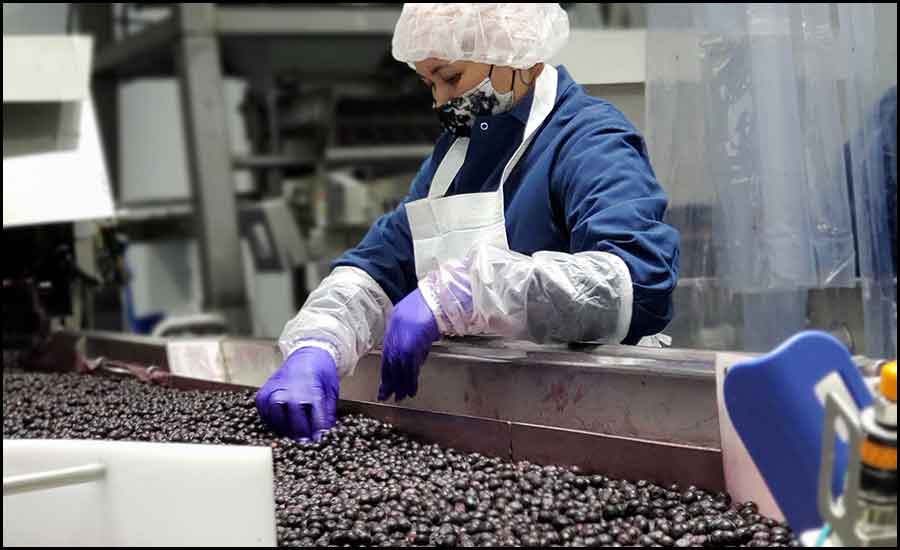 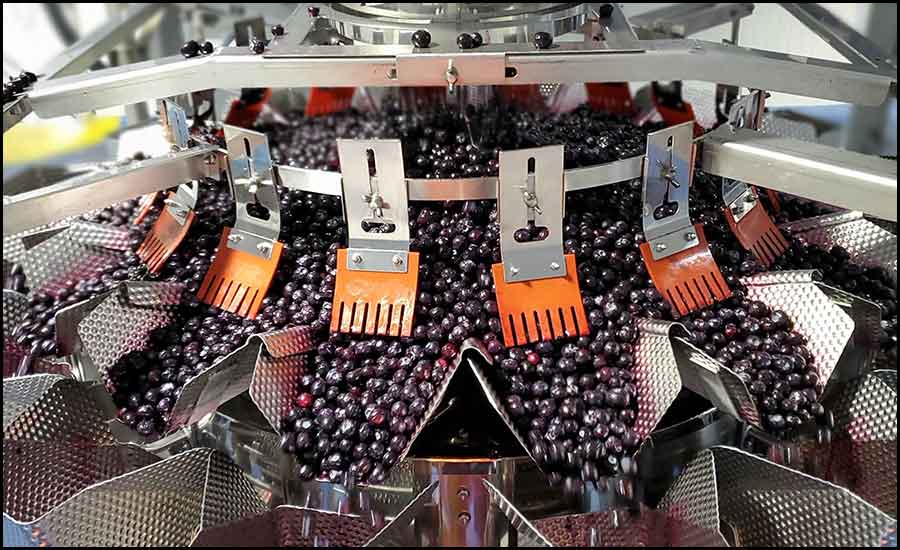 Firestone currently grows blueberries and blackberries on 51 acres adjacent to their processing and cold storage facility, and 47% of that acreage is certified organic.

As far as which initiatives have been easiest to implement, and which ones were more difficult, Hinerfeld notes energy efficiency investments have been the easiest, “as they are designed into construction plans, and the cost is subsidized by incentives offered by our local utilities. The most difficult to implement are any initiatives that require a change of habits for people. Even practices as basic as placing glass, cans and compostable items in their designated receptacles.”

Looking ahead to the rest of 2021, Hinerfield says the benchmark project detailed earlier will be completed later this year. They’ll also develop a three-year sustainability roadmap, and undertake two quick turnaround/high payback initiatives involving diversion of green waste and recyclable materials from landfills and incinerators by year-end. 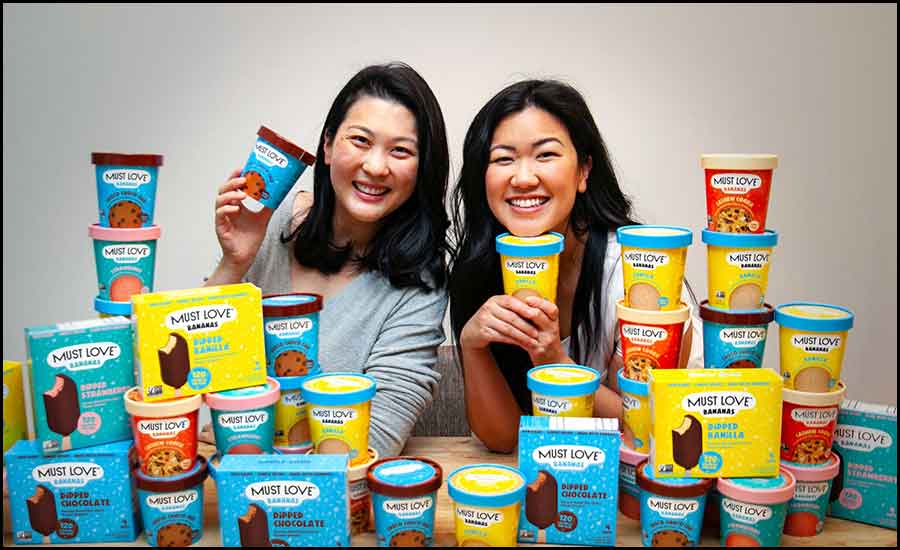 “Sustainability is built into the DNA of our brand because our products are 100% plant-based, which is inherently better for the environment than ones made with animal products and byproducts," says Hannah Hong (L) who, along with Mollie Cha (R) co-founded Must Love. Photos courtesy of Must Love.

The California company formerly known as Hakuna Brands (they changed their name to Must Love in February) is representative of newer processors and startups entering the frozen foods arena, with young ownership and an environmental plan and passion for sustainability from the start.

The business launched in 2017 and was co-founded by friends Hannah Hong and Mollie Cha—who met in 2005—and their signature products are clean-label, plant-based, dairy-free, non-GMO frozen desserts that they call “nice creams”, with a base of either bananas or oat milk.

“Sustainability has been top of mind for us since we ideated our nice cream product in 2017. We knew we would use a lot of bananas, and we figured we should use ones that might otherwise go to waste, so 100% of Must Love’s bananas are ‘ugly’ fruit,” says Hong. “Sustainability is also built into the DNA of our brand because our products are 100% plant-based, which is inherently better for the environment than ones made with animal products and byproducts. We believe it’s paramount for Must Love to be aligned with consistent sustainable initiatives so that our brand is not only ‘better for you’ nutritionally but also better for the environment.”

In addition to using only ugly bananas in Must Love desserts, which helps fight food waste, the company chose oat milk as the main base of its Must Love Oats line, “in part because oat milk requires less water to produce than cow, almond or soy-based milks, ultimately reducing the environmental impact of our brand,” Hong explains.

Distribution is another area where Must Love tries to combat its carbon footprint. The company works with co-packers around the country, and recently expanded the brand’s availability on the East Coast using a supplier’s warehouse there to cut down distribution mileage for those markets.

“As our distributed network of co-packers and suppliers has grown, we’ve been able to get savings on freight and sometimes even costs. We have more options and can better work with existing suppliers as they have locations across the country,” says Hong. “We want to reduce our carbon footprint as much as possible, which is in part why it took so long for us to become a national brand. Thankfully, consumers are growing increasingly aware of their environmental footprint, which is why the non-dairy, vegan and meat substitute markets have maintained their upward trajectory. Nonetheless, being selective with our partners can cause a bit of a production and processing lag because it takes time to find vendors whose environmental goals align with our brand, yet we chose to grow slowly and sustainably.” 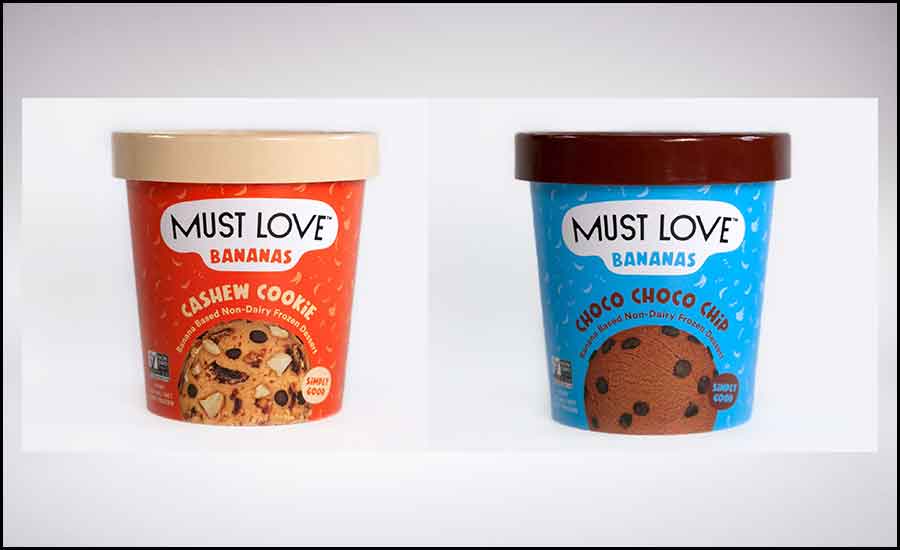 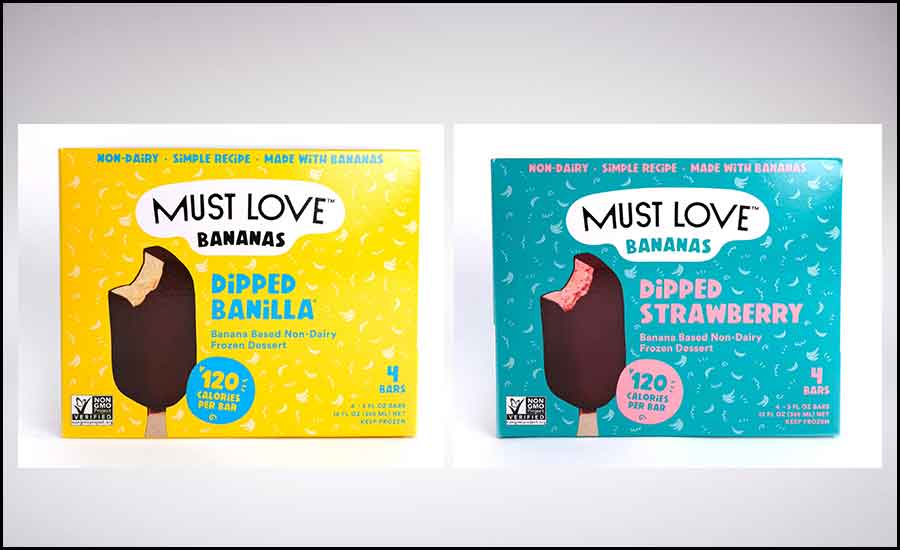 Must Love's banana-based frozen desserts use 100% "ugly" fruit--produce that isn't sold for retail due to aesthetics. The brand also uses oat milk in its Must Love Oats products, because it requires less water to produce than regular milk or other alternative milks.

Outside of processing and distribution, the company has cut its carbon footprint further by eliminating its travel budget for all of 2020 and likely for 2021 too. “We realized we don’t necessarily have to fly so much. Air travel is one of the biggest pollutants in terms of transportation, so instead of flying in for production runs,” Hong explains, “we worked on improving communication before and during production, and found for the most part that traveling was perhaps unnecessary to begin with. I think a lot of businesses are going to transition to permanent remote work, and there are of course financial savings with that.”