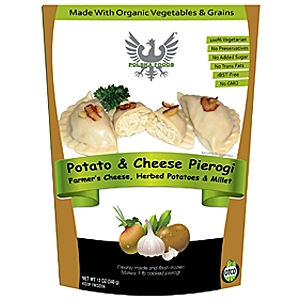 Made using the company’s secret Polish family recipe, including fresh herbs, caramelized onions, roasted garlic, spices, whole wheat pierogies and vegan Pierogies (mushroom cabbage), this line of pierogies is frozen fresh (not pre-cooked) and is made in minutes via a pot of boiling water.