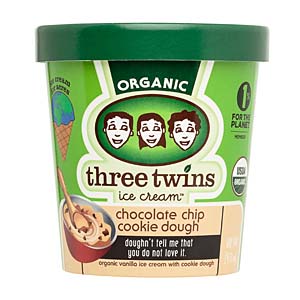 Land of Milk and Honey—This scoop shop staple was originally conceived as a Jewish-themed Hanukkah ice cream flavor in honor of Jon Stewart; now Three Twins lovers can indulge year-round with this smooth and creamy magical melding of milk and honey. Furthermore, 1% of sales from each pint is donated to the Xerces Society, a Portland, Ore.-based non-profit organization dedicated to researching the status of declining bumble bees and finding solutions.

Each pint of Three Twins ice cream includes a charitable donation to 1% for the Planet, which connects businesses, consumers and non-profits to drive big, positive change, and Ice Cream For Acres, a land conservation initiative Three Twins created in 2011.

2014 also marks significant expansion for Three Twins, as the company gears up to open an ice cream factory in Sheboygan, Wis., to supplement local operations in Petaluma as well as fulfill increasing demand nationwide. The Sheboygan production facility boasts six times the capacity of the Petaluma factory.