This website requires certain cookies to work and uses other cookies to help you have the best experience. By visiting this website, certain cookies have already been set, which you may delete and block. By closing this message or continuing to use our site, you agree to the use of cookies. Visit our updated privacy and cookie policy to learn more.
Home » 2019 Frozen Foods Processor of the Year: B&G Foods—The giant of the frozen vegetables aisle
Frozen Foods Processor of the YearIndustry News

B&G Foods has built a reputation for acquiring struggling brands, and nurturing them back to new levels of success.

Fast forward to today, and the frozen vegetables section is complete with blends, spirals, mixes and already seasoned options.

B&G Foods has built a reputation for acquiring struggling brands, and nurturing them back to new levels of success. That’s why in 2015, when it acquired the Green Giant and Le Sueur frozen and shelf-stable vegetable businesses from Minneapolis-based General Mills, Inc., the Parsippany, N.J.-based company was in position to redefine the frozen vegetables category.

“The Green Giant acquisition really established B&G Foods as a company that can go out and acquire a massive brand and then truly take it to the next level,” says Jordan Greenberg, chief commercial officer. “Since the time we acquired Green Giant and launched our Green Giant Veggie Swap-Ins line, we have cemented our place as a leading innovator in frozen veggies and have been a major factor in the resurgence of the frozen category as a whole.” 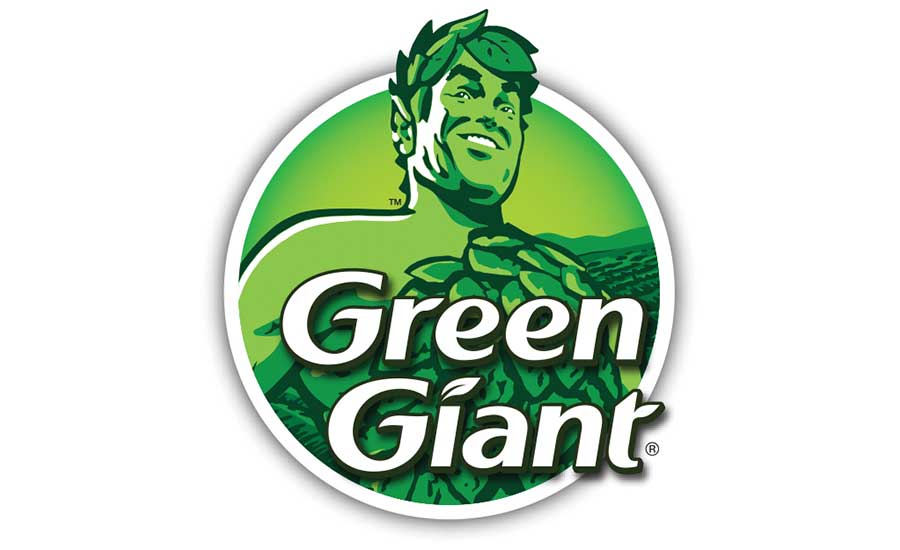 Case in point: From 1997-2018, B&G Foods completed 23 acquisitions and grew from $129 million in net sales to $1.7 billion. It employs over 2,500 employees nationwide, and produces over 4,500 SKUs to grocery retailers nationwide and Canada out of over 100 manufacturing and co-manufacturing facilities, including its 200,000-square-foot Yuma, Ariz., plant.. B&G Foods also claimed the No. 7 spot in Refrigerated & Frozen Foods’ 2019 Top 150 Frozen Foods Processors report.

The Green Giant and Le Sueur brands trace their roots back to the Minnesota Value Canning Co., a canned vegetable company based in Le Sueur, Minn. The company was renamed to the Green Giant Co. in 1950. Then, in 1979, it merged with the Pillsbury Co., Minneapolis, which, in 2001, was acquired by General Mills. In 2015, General Mills sold the brands to B&G Foods for $765 million. 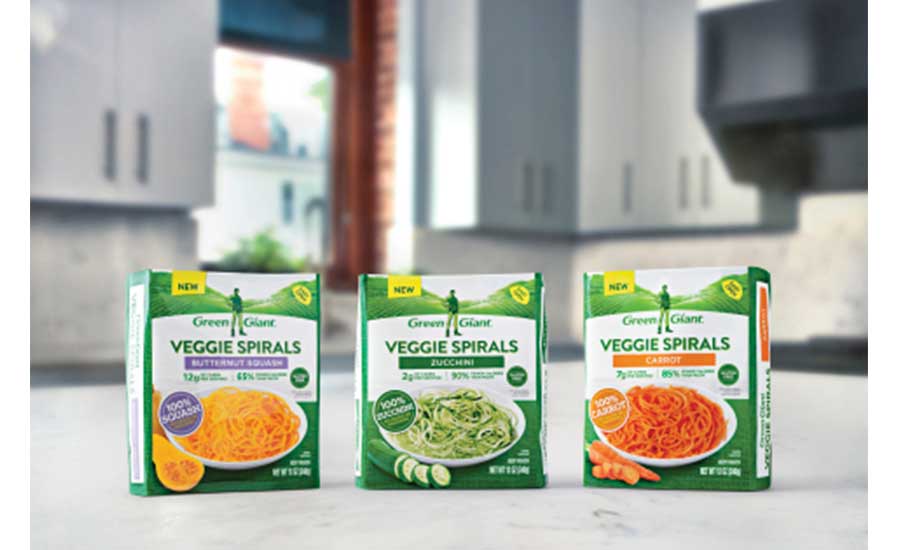 Today, the Green Giant brand continues to be at the forefront of producing innovative frozen vegetable formats.

“Consumers want to eat vegetables in ways they never have before,” says Greenberg. “Consumers are very vocal on social media about how Green Giant is giving them the opportunity to whip up a veggie-focused meal in spite of the fact that most consumers do not have the time to spiralize, rice and mash vegetables themselves.”

For instance, in 2016, B&G Foods expanded its Green Giant portfolio with a modern take on vegetables and new versions of mealtime favorites such as Veggie Tots, Riced Veggies, Mashed Cauliflower and Roasted Veggies.

“Family has always been at the heart of the Green Giant brand, so we are thrilled to help so many families through our partnership with St. Jude Children’s Research Hospital,” says Greenberg. 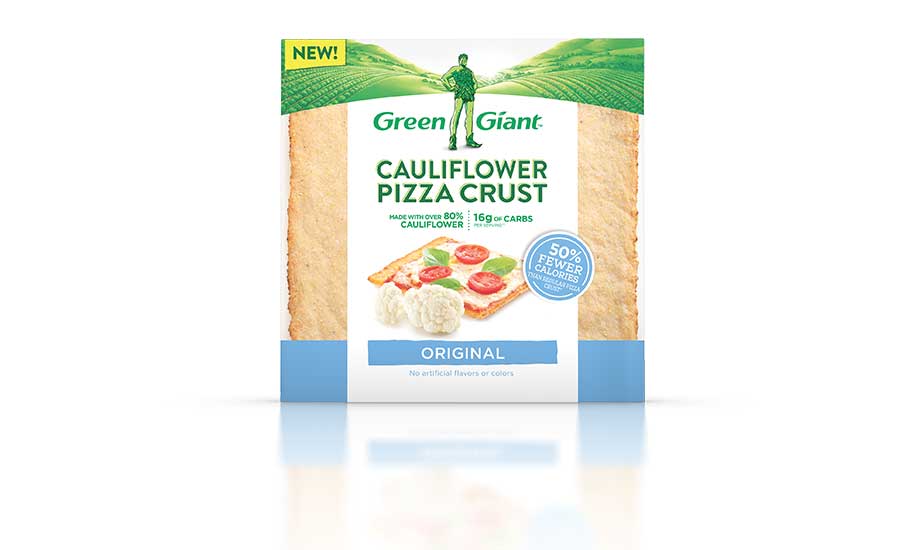 “The Green Giant brand is an excellent representation of our model,” he says. “Many years had passed since there had been meaningful product innovation, and we capitalized on the opportunity to be the trendsetter in the vegetable category by introducing Green Giant Riced Veggies, Green Giant Veggie Tots and Green Giant Mashed Cauliflower.”

The newly debuted Green Giant Simply Steam Riced Veggies take the brand’s base of Cauliflower Riced Veggies and combines with other vegetables and seasonings to create a convenient side dish or standalone snack or meal. 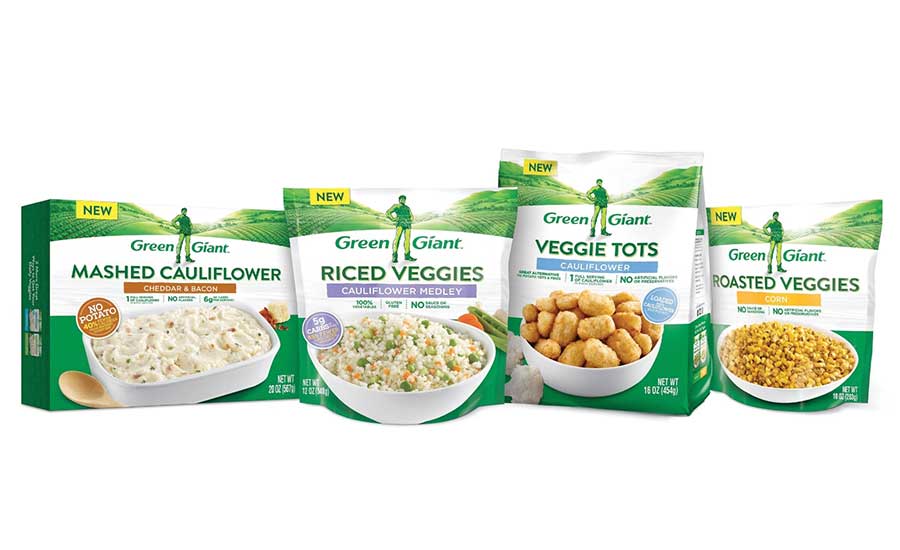 Veggie Tots are a kid-friendly alternative to potato tots and French fries, and are filled with vegetables such as cauliflower or broccoli instead of potatoes. Riced Veggies are made from 100% vegetables and feature 70-85% fewer calories per serving. Mashed Cauliflower is an alternative to the typical potato side dish. And, Roasted Veggies offer the taste of roasted vegetables without the hassle of roasting and cleaning up. These items contain no sauce or seasoning. Simply heat and pair with an entrée. Varieties include Corn, Brussels Sprouts, Broccoli, Cauliflower and Carrots.

“We think it is a wonderful option to give consumers yet another opportunity to add more veggies to their diet when they are a sporting event or restaurant,” adds Greenberg. “We are going to continue to introduce interesting variations of our Green Giant Veggie Swap-Ins because we know that the trend to add more veggies to your plate is not merely a fad. This is how consumers want to eat their vegetables, and Green Giant will be there to offer a wide variety of options.”

For the Green Giant brand, green doesn’t just represent the color of most vegetables. In this case, green represents the many eco-friendly initiatives and efforts B&G Foods practices, day in and day out.

Secondly, its Green Giant manufacturing facility in Irapuato, Mexico, undertook various efforts to reduce water used in sanitation and within the manufacturing process. Several years ago, the facility installed a reverse osmosis system to reclaim discharged water from its wastewater treatment plant, which reclaims millions of gallons of water each year. Green Giant Mexico also encourages its contract growers to reduce their water use through conversion from flood or gravity irrigation to drip irrigation.

The Irapuato Green Giant facility also planted trees throughout the region to help improve water infiltration, carbon dioxide capturing and deforestation. What started out as a couple hundred trees per year has come close to 150,000 trees planted to date, with an overall goal to plant 500,000 trees.

“Green Giant is in the incredible position to be a brand that Americans have been eating and trusting for more than 100 years,” adds Greenberg. “We are very excited for our Q4 product introductions, as we’re really picking up steam in the frozen category. From Green Giant Cauliflower Pizza Crust to Green Giant Veggie Hash Browns to Green Giant Cauliflower Gnocchi, we are breaking out of the frozen vegetable door, and consumers will now find our products merchandised in other doors within the frozen section. It’s truly an exciting time to develop new product innovations, and we really believe the sky is the limit in creating products that help consumers eat more veggies.”

2019 Refrigerated Foods Processor of the Year: How Bonduelle Fresh Americas leads the pac to freshness